The true innovation behind Icecast is the “mount point”, or “mountpoint” according to Icecast.org. Mountpoints are named url identifiers appending the Icecast server port which mount a file path or pseudo partition, if you will, on the fly. I.e. IP:8000/stream.mp3. While functionality is built-in for global configurations, mountpoint specific settings are applicable. Read the documentation.

This streaming media breakthrough was later adopted by Shoutcast and Steamcast. The ability to change DJs without abruptly “kicking” a remote source or disconnecting listeners temporarily is rather appealing. As is manually moving listeners between mounts. Internet streaming radio stations may transcode lo-fi and hi-fi bitrates, require authentication for private mounts, and stream various genres all at the same time. 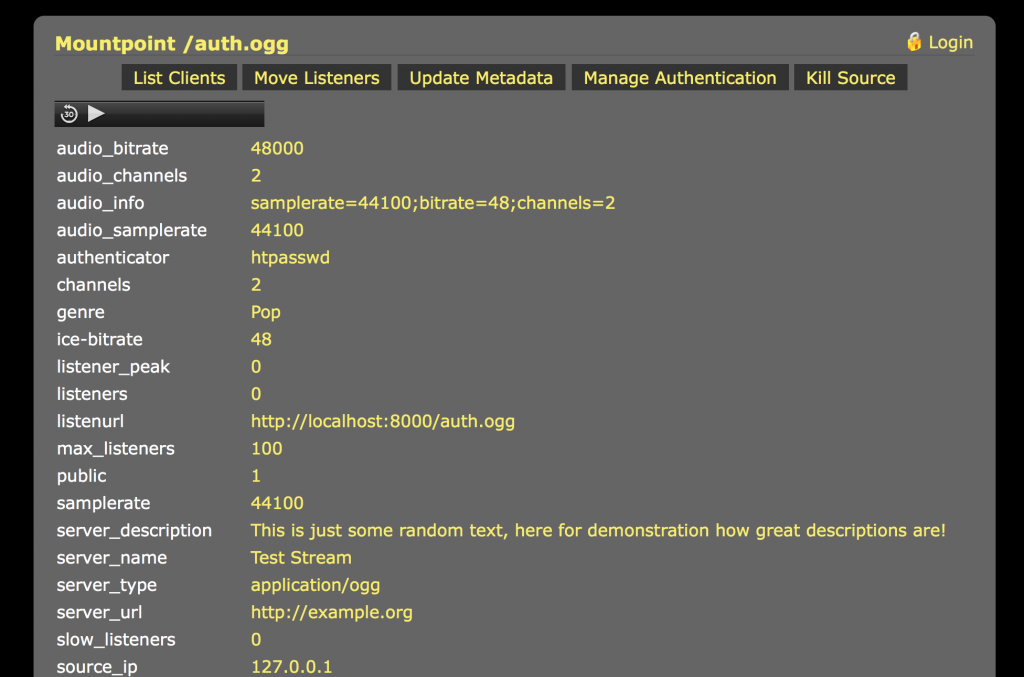 An Icecast 2 master relay polls another Icecast 2 server IP and port to rebroadcast all mountpoints collectively. Individual relay slaves are set up in order to rename mounts locally, override default settings, or parse Shoutcast metadata for the use of an Icecast alias. Yes, Icecast can relay Shoutcast. However, mount specific settings are required for this functionality. 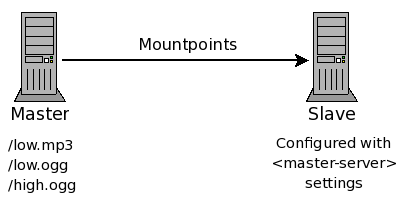 The origins of Icecast date back to the SMU campus in Dallas, TX almost twenty years ago. The open source software was developed by student James Moffitt to circumvent the loss of an FCC license in 1999. College radio has not been the same since. Moffitt went on to become a professional programmer after speaking at the 2002 SXSW festival, passing along the Icecast project to a competent team of volunteers who still foster this cult classic streaming software. Join the latest discussion on the Icecast forums or subscribe to the mailing list.